What can Italians expect from the new populist government? 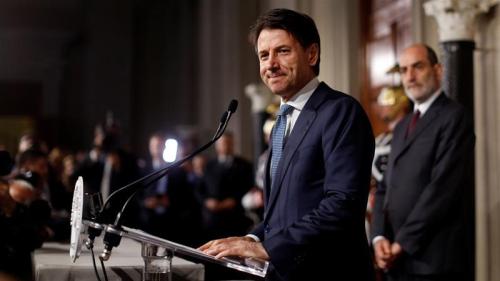 I was interviewed by South African public radio SAfm this morning on the prospects of Italy’s new populist government.

You can listen to the audio clip here.

You can read my latest piece for Al Jazeera English on the newly formed populist alliance between the far right League and post-ideological Five Star Movement.

Here is an extract:

‘On the surface, the Five Star Movement and the League don’t have much in common. One was founded by an Italian comedian who talked of direct democracy, anti-corruption policies and a green economy. The other has its roots in a secessionist movement, calling for the wealthier north to separate from the “underdeveloped” south, and is currently pursuing an anti-migrant agenda.

In reality, the two parties have never been that different, and their recent convergence is not accidental. Both focused their election campaigns on the grievances of the “white Italian majority” which is afraid of being sidelined by liberal elites and migrants and losing their middle-class privileges.’

Very bad results in France’s regional elections: exit polls set xenophobic far right Front National (FN) first nationwide with over 30% of the votes; Sarkozy’s centre-right Republicans at around 27%, and Hollande’s Socialists in third place with 22%. The Front National is ahead in at least six of 13 regions.

The decision to go to war taken so quickly after the Paris attacks was certainly not unrelated to this dismal election result for Hollande, which just shows how bankrupt the whole political system is – in France as elsewhere in Europe. The war engagement is likely to keep the socialist leader clinging to power while his support on the ground crumbles away. And what choice would the French be left with in the next presidential elections? Electing warmongers to avoid the victory of a new kind of fascism?

Hollande’s war and the advance of the Front National are very worrying trends, which have repercussions on the rest of Europe and the world. We are living in dark times, with technocrats using war in a desperate and cynical attempt to cover up their failed economics, while far right populism keeps on firming its grip on politics.